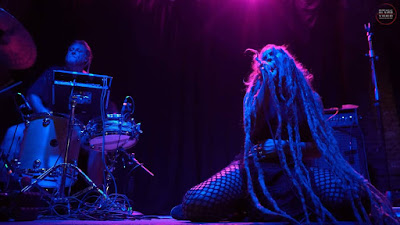 BURN DE HAUS
OvO “ Burn De Haus” brand new videoclip
Glimpses, restless spirits evocatory rituals.
The new OvO video is set in the countryside of Romagna and it is inspired by the best 80's B-Movies.
A fully DIY video.
We decided to use a different kind of direction, based on a musicians' collective.
A way to be independent, integrating a DIY attitude into a videoclip production.
A new challenge for the Dio Drone extended family.
Written by Dio Drone Gang (OvO, Nàresh Ran & RYF ).
Filmed by Nàresh Ran & RYF
Edited and directed by Nàresh Ran
Actors: OvO (Stefania Pedretti and Bruno Dorella) and Gabor Holiday Inn
from "Miasma" (2020 – Artoffact Records) 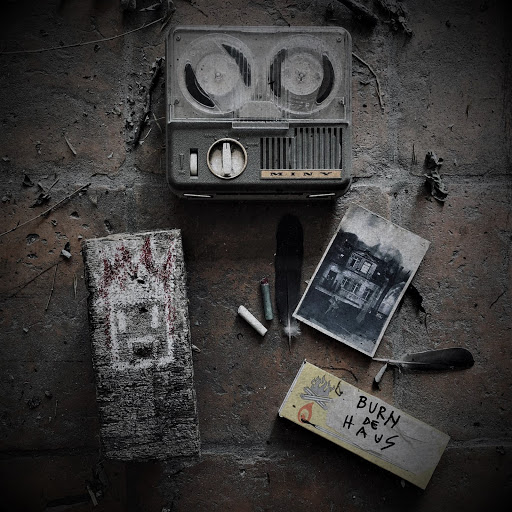 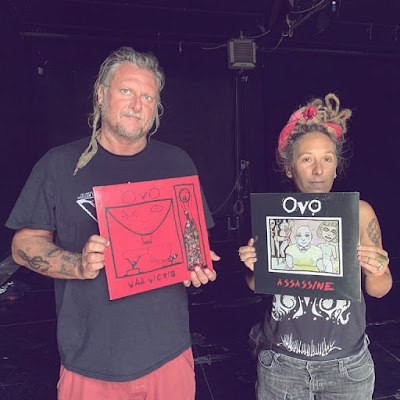 You can order on Bandcamp
https://improvedsequence.bandcamp.com/music
The Graphics are By Stefania Pedretti (Ovo), years ago she were dreaming all OvO's covers.
Layout by
Madredisagio 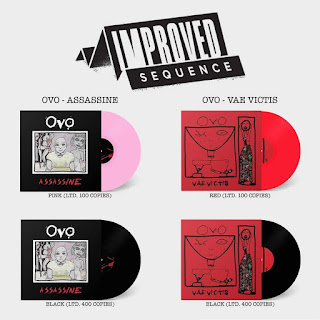 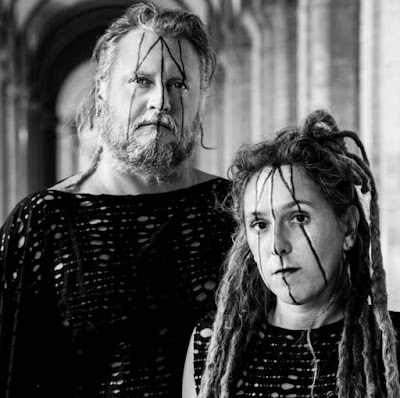 "MIASMA" IS OUT, spreading around the world from today. CD, purple vinyl and digital on Artoffact Records
Order here https://ovomusic.bandcamp.com/album/miasma
Premiere and Interview by Marika Zorzi on New Noise Magazine
https://newnoisemagazine.com/album-premiere-interview-italian-radicals-ovo-on-the-new-apocalyptic-album-miasma/


STATEMENT: a contagious miasma coming from the most remote swamps is surrounding cities and villages. It can be an alien disease, like in a sci-fi movie, or it can be some deeper fear caused by whoever wants to control us, like in real life. Freaks, queers and outsiders will be the first ones to realize and fight it. But still: expect mutations. OvO, on their 10th album, are trying to reprezent how close science fiction and reality are nowadays, and how close to us the miasma really is. They made a step back into their punk/hardcore roots, kept their typical organic and noisy electronics as well as the contamination between tribalism and futurism, and added a significative amount of chaos, in the alchemic representation of the three phases of miasma (Psora, Lue and Sicosi, according to Hahnemann's essay in 1828). And they achieved one of their sickest albums.

Miasma its music as: "Our personal ode to positive rage... a challenge against the inflexibility of the society... a united fight for everybody’s freedom."

MAKING OF: as the two previous ones (“Abisso” and “Creatura”) it all started with some loops and patterns that drummer Bruno Dorella proposed to singer and guitar player Stefania Pedretti. He used his very minimal drum set (a floor tom, a snare, a hi hat and a ride) and some samples that were created for the purpose by himself and some friends and masters such as Eraldo Bernocchi (Sigillum S, Blackwoods, Black Engine, Obake and many more), a034, Ripit, Paolo Bandera (Sigillum S, Sshe Retina Stimulants), Matteo Vallicelli (Soft Moon) and Giovanni Lami.
Stefania picked the ones she liked, changed some of the structures to adapt them, and then played and singed on them. We left some space for some friends that we wanted to contribute to the album, and so we have the great norwegian band Arabrot on “L'Eremita”, the trapper Gnucci on “Testing My Poise”, and Gabriele Lepera (of the italian synthpunk saboteurs Holiday Inn) on “Burn De Haus”.

ARTWORK: the graphical display of the miasma virus has been drawned by London-based tattoo artist Michele Servadio.

TOUR: OvO are known for their long tours and intense live activity, with more than 1000 shows. In 2020 they will celebrate their 20th anniversary, and they will definitely bring “Miasma” on another endless tour, starting next week: 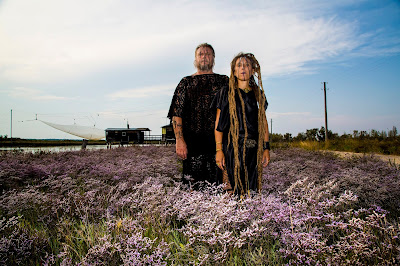 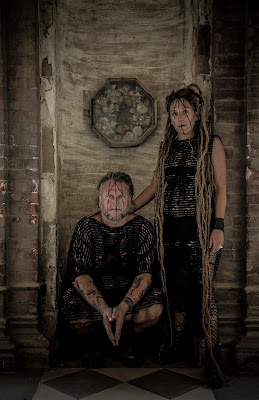 "Queer Fight is our personal ode to positive rage. It is the metaphor of everyday life: people fighting rules which don’t give space for diversity, a challenge against the inflexibility of the society. It wants to be a motto for a united fight for everybody’s freedom."