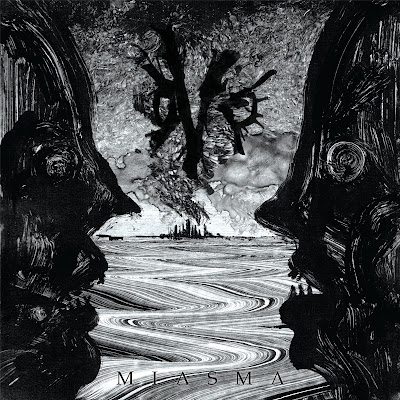 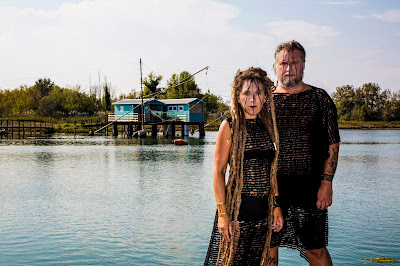 Photo of OvO, by Erica Schneider

Celebrating its 20th anniversary in 2020 – with over 1,000 shows played, nine studio
albums released, and a slew of splits and live recordings – OvO is a singular force in the
underground. With a mix of electronic and acoustic instruments, founding
members Stefania Pedretti and Bruno Dorella take influence from the likes
of Swans and Diamanda Galas, pounding out a theatrical and harrowing mix of what
Stereogum has described as "music – rhythmic noise, really – owing equal debts to
extreme metal, noise rock, industrial music, and dark electronica." Pitchfork has
compared Pedretti's vocals to Yoko Ono, and Decibel Magazine has hailed the band's
sound as “a David Lynch dance party.”

Always on tour, OvO's fiercely independent ethos and grinding live schedule have
earned the band a rep as "the Jucifer of Europe," with a worldwide fanbase expecting
nothing but the most daring and innovative music. OvO has performed at festivals on
nearly every continent, and has toured extensively with the likes of Lightning
Bolt and Zu.

Embarking now on its worldwide deal with Artoffact Records, at the dawn of its 20th
anniversary, OvO presents a thrilling new piece of work: ninth full-length, Miasma.

Featuring guest appearances by members of Årabrot, The Soft Moon, Gnučči, and
more, Miasma sees OvO continue down its path, mixing tribalism and futurism by way
of radical cross-contaminations of sounds, rhythms, and genres.

As with previous albums Abisso and Creatura, the Miasma writing process began with
loops and patterns that Dorella proposed to Pedretti. Along with beats bashed out on his
minimal drum kit, Dorella teamed up with friends to create samples – collaborators
included Eraldo Bernocchi (Sigillum S), a034, Ripit, Paolo Bandera (Sigillum S), and
Matteo Vallicelli (The Soft Moon). Pedretti then chose her favorites, restructured where
necessary, and played and sang over them.

OvO offer this statement about the album:
"A contagious miasma, coming from the most remote swamps, is surrounding cities
and villages. It can be an alien disease, like in a sci-fi movie, or it can be some deeper
fear caused by whoever wants to control us, like in real life. Freaks, queers and
outsiders will be the first ones to realize and fight it. But still: expect mutations. We
are trying to represent how close science-fiction and reality are nowadays, and how
close to us the miasma really is..."

Miasma was recorded by Ivano Giovedì and Franco Beat at secret locations across rural
Italy. The album was mixed by Giulio "Ragno" Favero and mastered by Andrea De
Bernardi.