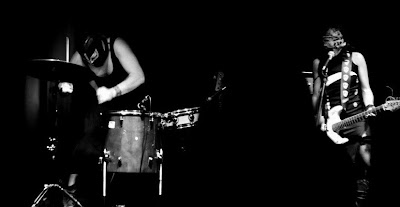 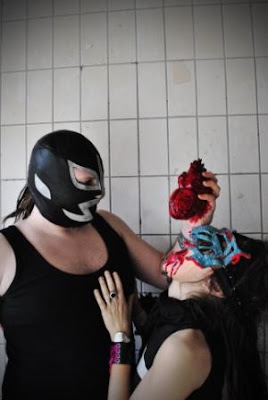 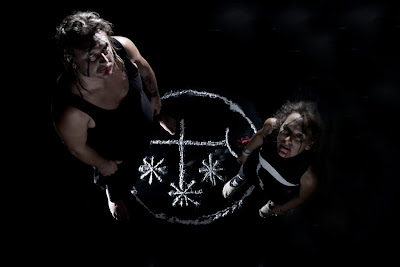 Following on from last week's announcement of the birth of Abisso, OvO have disclosed further details of the record and unleashed a video for the new album track "Tokoloshi", which we are pleased to reveal today.

Even if OvO is a difficult band to file, we can still see an evolution from Assassine's total improv to Cor Cordium’s radical noise rock. Abisso open a new artistic era for this duo, formed by Stefania Pedretti and Bruno Dorella. There’s a new richness in their sound, brought by the use of samples, drum machines, pads, field recordings and synths. Cor Cordium and the previous album CroceVia were a point of no return for their minimal rock challenge, engaged in making as much sound as possible with their very few elements: Bruno’s half drum set, Stefania’s guitar and her incredible voice. The new challenge is to go beyond it, using contemporary music tools to keep on being creative and evolve. For this step OvO had the priceless help of Giulio “Ragno” Favero at the mixing desk, Giovanni Versari’s mastering, and the friendly collaboration of Alan Dubin (ex OLD, Khanate, now in Gnaw) and Carla Bozulich with her full band Evangelista.

After 13 years, OvO keep on experimenting, developing, pushing themselves into borderline territories, in a continuous pursuit of the extreme.

On the subject of this collaboration, Carla Bozulich enthuses via the medium of poetry, "On the night that the stone church exploded there were birds in the rafters and birds in the sky. The darkness became permanent and the stone became ice. Yet the bells, they continued to ring. When the animals melted no one knew what was to come. Impossible sounds came from the open stomachs of stone beasts in the sky. Red light and numbers. Out came the birds. The freedom was that of blood that rushed INTO the veins. NOT bleeding OUT. The blood rushed IN. The giant ice rocks broke into a sort of clock on the ground and the villager's frozen fingers cracked as they prayed for a house of power and stone and quiet apologies, guilt and salvation. But the stones were a sad ending and there was a new start beginning---- two happy twin children, the blood gently flowing up up in in into their frozen veins. It was OVO and Evangelista. Two heads on a small bird----growing----growing-----eyes of LEDs and red numbers and bells. The numbers clicked 1 and a big bell rang. 2 and a bell. Then 3 and 4... Do not wait for midnight flashing 12. Just turn around and run."

Alan Dubin quite simply comments, "I'm honored and psyched as hell to have my voice be a part of such a devastating OvO song.". The song in question is "A Dream Within A Dream", read on for the complete tracklisting for Abisso...

The genre collapsing noiseniks OvO shall release Abisso, on November 4th release via Supernatual Cat and upon entering their 13th year in existence as OvO, they are showing no signs of relenting in their experimental attack on instruments.

With a live repertoire which has seen them play everywhere from Europe to Mexico to Israel and everywhere in between, and with such acts as Nadja, KK Null, Thurston Moore, Jim O’Rourke, Rollerball, Thrones, SubArachnoidSpace, Zenigeva, Lightning Bolt, Sleepytime Gorilla Museum, Estradasphere, Steve Mc Kay, Trencher, Ludicra, Bill Horist, USA Is a Monster, White Mice, Cock ESP, Bastard Noise, Zu, Larsen, Kill Me Tomorrow, Murder Junkies, Jarboe, A Hawk and a Hacksaw, they have truly rooted themselves in the culture of crafting honed and incredibly loud dynamic noise, veering from belly-ache sludge to simmering and shimmering compositions which ooze rock'n'roll from punk stained pores.

More information regarding Abisso shall be revealed in the coming weeks as well as artwork, audio samples and more. So stay tuned...

"With such a small collection of instruments to abuse, OvO constantly evolve as a multi-headed beast – at times creating a clatter of apocalyptic death-thrash before veering violently into extended passages of synth-driven noise-doom. If you’re looking for the soundtrack to a murderous rampage, multi-car pile-up or nuclear meltdown, look no further. There doesn’t really exist anything else quite like this in music." - SLEEPING SHAMAN

"From start to finish it sounds like a hellmouth opened in a recording studio, which is every bit as fascinating as that sounds." - MTV IGGY

"Drifting in the limbo between the percussive sludge of Jucifer and the surreal assault of Fantômas." - 4/5 THE SKINNY

"The two masked hell-raisers that make up OvO have created an album that can only be described as a discordant, schizophrenic and shockingly evil mess, albeit an extremely enjoyable one. Fuzzy lumbering bass lines, simple percussion and dirty riffs play the backing music to groans and screams that could only have materialised directly from hell's mouth. It doesn’t get much more fucked up thanCor Cordium; the worrying thing is you’ll probably enjoy it." - DIGITAL FIX 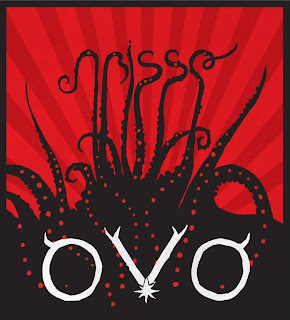 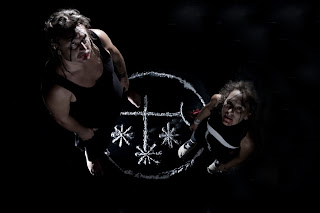 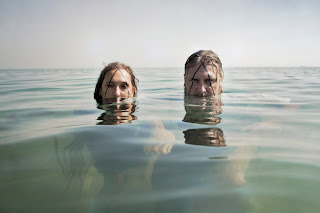